Meet the Staff of FUMC Lenoir Dave became Senior Minister of FUMC in 2018. He has recently served Providence UMC and numerous large churches in western North Carolina. Dave is an elder in full connection in the Western North Carolina Conference of the United Methodist Church. Dave is a graduate of Davidson College; received a Masters of Divinity degree from Duke Divinity School; and received the degree of Doctor of Divinity from High Point University. Dave’s passion for global missions is evidenced by his work in establishing ongoing foreign missions in Mexico, Guatemala, Costa Rica, Bulgaria and Kenya. Dave has served as President of the Steering Committee of the Reynolds LEAD Academy, a professional leadership program involving the enhancement of senior pastors in the Western North Carolina Conference in the areas of leadership, evangelism and discipleship. In 2015, Dave led LEAD Academy pastors as they attended a worldwide church conference in London, England, before exploring our Methodist roots in that country on a Wesley tour. 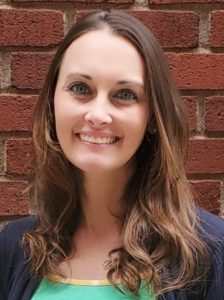 Erika has much experience with our preschool program, as both of her sons were Robbins students. During those years, Erika was extremely involved, both as a parent and a volunteer. Erika’s employment with Robbins began in August 2021, meaning that she has been an integral part of our program for the last six years. Erika also runs the church’s children’s program and the nursery as a member/volunteer. 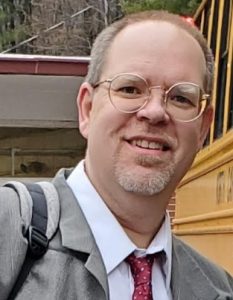 Jon is the son of the Honorable and Mrs. Beverly T. Beal. He and his wife live in Lenoir with their daughter Brianna and son Grainger. Jon was raised in Lenoir and attended the Caldwell County Schools; Lower Creek Elementary, William Lenoir Middle, and Hibriten High School. After graduation from Wake Forest University with a B. A. in Music Education in 1993, he became a teacher in the North Carolina Public Schools. Currently, Jon is the band director at Heritage Christian School in Hudson, NC. He is also a retired Band Director, general music teacher, guitar instructor, and bus driver from the Caldwell County, North Carolina. In 2011, Jon received the Maxine Swalin Award for Outstanding Music Educator of North Carolina. He is also an instructor at the Harper School for the Performing Arts. Jon has served as the Music Director at Mt Hermon United Methodist Church, Hudson United Methodist Church, and now, the First Methodist Church in Lenoir. Lynne brings her talents to the First Light Service each week. She leads a group of committed volunteers to prepare for and lead our early worship service. She has been blessed with an amazing voice and organizational skills that help her deliver powerful praise sets each week. Joseph Franklin currently attends Patton High School in Morganton. He began playing the piano at age 6 and started organ when he was around 10. Joseph is also a member of the Patton High School Band, where he plays the tuba. His favorite composer is J.S. Bach, and his favorite style of music is Baroque. In his spare time, Joseph likes to ride his bike, spend time with family, and travel. Danny is in charge of all the facilities at FUMC. He sets up for our various groups and classes that use the church. He is also in charge of the church grounds as well as maintaining our equipment. Danny’s work makes a big difference in the way things run – and you’ll notice it! Kay joined the FUMC staff in 1995. She has two children and four grandchildren. Kay’s responsibilities include hosting various meals throughout the year, such as Faith Lift, Room at the Table, receptions, etc. Kay and her staff do an incredible job. The food they come up, and their wonderful attitudes, make our kitchen staff one of the best anywhere. Joining the staff of FUMC in the spring of 2019, Ivey and her husband, Doug, have two grown sons. She has worked in various churches and ministries since 1987 and now manages our church office and happily assists the staff and congregation in all administrative tasks. Lisa joined our staff in the fall of 2018. She has lived in Lenoir since 2007 with her husband, Jimmy. After working in banking and bookkeeping for many years, Lisa is currently overseeing all aspects of the church’s finances.